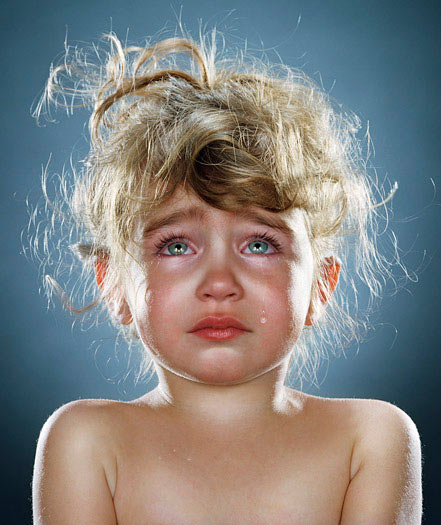 acte2galerie is pleased to announce "Monkey Portraits" and "End Times" by Jill Greenberg, the artist's first solo show in Paris.

In 2001, Greenberg turned her lens on celebrities of a different sort-normally monkeys and apes, many of whom have appeared in film and television roles. These brilliant portraits convey the starling range of emotions and personalities in or closest biological cousins with whom we share about 98 percent of our DNA.


Referring to Jacques Lacan's psychoanalytic theory, artist and critic Paul Myoda write :
"(Greenberg)
Mischievously shows us another type of mirror stage, where we confront an ancient and distorted reflection, another startling spectacle, and try to make sense of who, or what we are seeing. By intentionally anthropomorphizing or giving human qualities to her monkeys, we can't help but identify with there gaze, and be reminded of people we know, expressions that we have seen before.
Are they judging us? Laughing at us? Showing us that a couple extra chromosomes just doesn't make that much of a difference when all is said and done?"

Printed on a massive scale, Greenberg's monkeys insistently demand our undivided attention; yet the gorgeous also seduce is in a subtler (and perhaps more powerful) manner with their sensuous, painterly textures achieved by the artist's expert digital finishing.