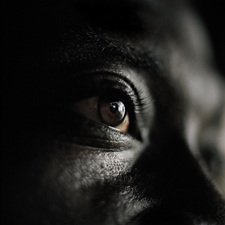 HOST Gallery are extremely pleased to announce that Award Winning photographer Tim Hetherington will be giving a talk to discuss his exhibition and book Long Story, Bit by Bit - Liberia Retold, Photographs from Liberia 2003 - 2007

Hetherington will present an exclusive screening of a video diary made during this time in Liberia and speak about the publication of his new book Long Story, Bit by Bit – Liberia Retold (Umbrage Editions, 2009).

His work puts faces to the names behind the news headlines, and in doing so demonstrates that what happened in Liberia, in the lead up to and during the overthrow of Charles Taylor, can be traced back to precise points in the country's turbulent history and was not simply a series of random isolated events. After the war, Hetherington stayed on in downtown Monrovia, and recorded the mood of the people and the country as it began reconstruction.

Tim Hetherington is the recipient of a Colombia University duPont award, UK NESTA National Endowment Fellowship and four World Press Photo prizes, including the 2007 World Press Photo of the Year. He currently lives in New York and works worldwide as a contributing photographer for Vanity Fair.

Please join us to hear Hetherington speak about this project and see the exclusive screening of his video diary.