Points of View: Capturing the 19th Century in Photographs 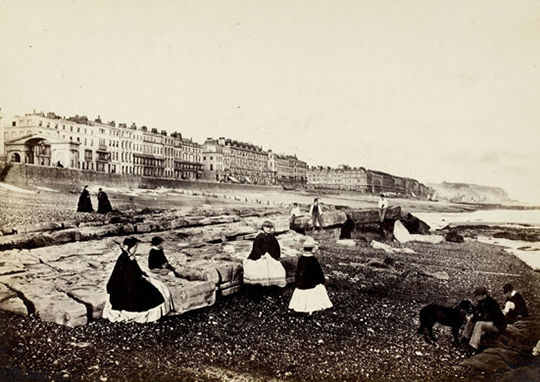 From its earliest beginnings in the 1840s up to its democratization as a widespread leisure pursuit, photography was swept along by a tide of artistic and entrepreneurial activity that gathered pace throughout the nineteenth century. Both as an art form and a social document, the photograph quickly took on a critical role as the primary means of visual expression in the modern age.

Points of View brings together, for the first time, a selection of images from the British Library’s unique photography collections, examining the history, diversity, and influence of the medium from its invention and early years up until the coming of the twentieth century. Beginning with the work of William Henry Fox Talbot and including some of our most celebrated photographic pioneers—Francis Frith, Felix Teynard, Samuel Bourne, and Peter Henry Emerson among them—this volume focuses on the question Who was taking the photograph and why? Ultimately the answer is found in the rise of mass market interest, the increasing role of technology, and the emergence of this thrilling new discipline amid rapid scientific, social, and industrial progress.

John Falconer is head of visual materials and curator of photography at the British Library. He has curated a number of exhibitions in this field and he is most recently the author of India: Pioneering Photographers, 1850–1900.Louise Hilde is a social and cultural historian. She is a lecturer at Birkbeck College, University of London.