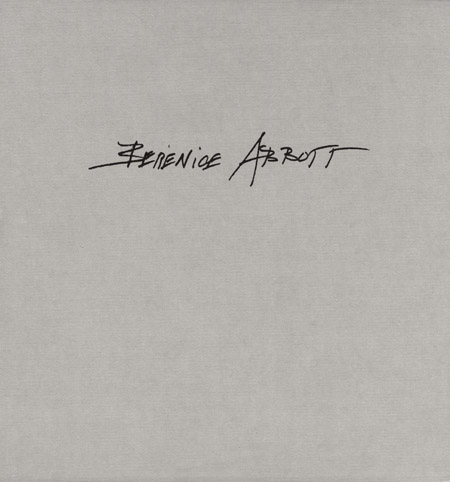 With this deluxe, two-volume slipcased set, photography lovers around the world will at last have a thorough retrospective of the work of Berenice Abbott. Portraitist, Atget editor, chronicler of Paris and New York and a giant of twentieth-century photography, Abbott has long gone without a publication encompassing all of the principal strands of her practice. Included herein is her early work as a portrait photographer in Paris during the 1920s, when she learned photography as Man Ray's darkroom assistant and catalogued the city's artistic life with portraits of James Joyce, Jean Cocteau, Peggy Guggenheim, Margaret Anderson, Jane Heap, Sylvia Beach, Bryher and Eugene Atget. (During this time, she adopted the French spelling of her first name, "Berenice," at the suggestion of Djuna Barnes.) Her New York photographs of the 1930s are testament to the architectural and social transformations within the city and throughout the United States in that decade. In this period Abbott also began her editorial work on Atget, producing the 1930 book Atget, Photographe de Paris-and her labors on his behalf would continue until the sale of her archive to The Museum of Modern Art, New York, in 1968. Lesser-known bodies of Abbott's work, such as a road trip from Florida to Maine on Route 1 in the summer of 1954, are also well represented. A final series comprises her scientific images from the 1950s-photographs of physical phenomena for the Physical Science Study Committee of Educational Services at the Massachusetts Institute of Technology. Effectively a catalogue raisonné, this is the definitive publication on the life work of one of the masters of the photographic medium.
Berenice Abbott was born in Springfield, Ohio in 1898. After graduating from Ohio State University she moved to New York to study journalism, but eventually decided to focus on sculpture and painting. In 1921 she moved to Paris, returning to the United States in 1929 to embark on a project photographing New York. These photographs first appeared in the seminal exhibition Changing New York at the Museum of the City in 1937. An equally monumental book of Changing New York was published in 1939. Abbott also published a Guide to Better Photography (1941), and in the late 1950s began to take photographs illustrating the laws of physics. Berenice Abbott died in Monson, Maine in 1991.