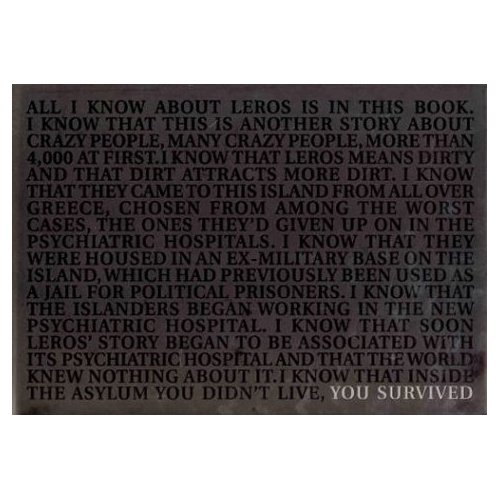 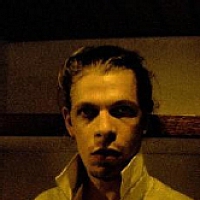 The Greek island of Leros was for 20 years and more the site of the world’s most notorious and brutal asylum for the insane. Alex Majoli has chronicled its inmates and their return to a sane world and integration into island society.

Thirty years ago, in the balmy Aegean blue, the island of Leros was commandeered for a social experiment that was to become a secret so terrible as to rival that of the Nazi death camps or the Stalinist gulags.

When the Greek psychiatric medical establishment reached the end of their perfunctorily useful treatment of their patients they sent them to Leros, and the asylum set up in the former political prison there. The staff were not doctors or nurses and had no medical training, other than herding goats. They were local islanders, and were used as guards, or filakès.

The guards quickly degenerated into thugs, who sought to control the madmen with the only methods available to them — brute force and terror. The inmates were systematically beaten, even tortured, and crushed of whatever sensibilities they once had.

They became animals, who defecated where they stood or crawled, who fought and killed themselves or each other, according to their needs, in a veritable Golgotha of despair, filth and violence. No human traits were recognisable among the inmates — even speech had become redundant.

In 1990 a team of Italian psychiatrists from Trieste, aided by volunteer care workers, managed to break down the walls of this madhouse. What they found shocked even them, as did the blank indifference of the guards — how else should they behave in a world deprived of reason?

About the author
Alex Majoli is a member of the Magnum Photographic Agency. Recognised for his work in the Balkan wars of the 1990s and his social reportage, he was born in Ravenna in 1971. He became a full-time photojournalist for the Grazia-Neri Agency in 1990. He has contributed to Newsweek, the New York Times Magazine and National Geographic. In 2003 he was the recipient of the International Center of Photography's Infinity Award for Photojournalism. He lives and works in Milan and New York.