Weegee the famous - It's a crime to take photographs this good... 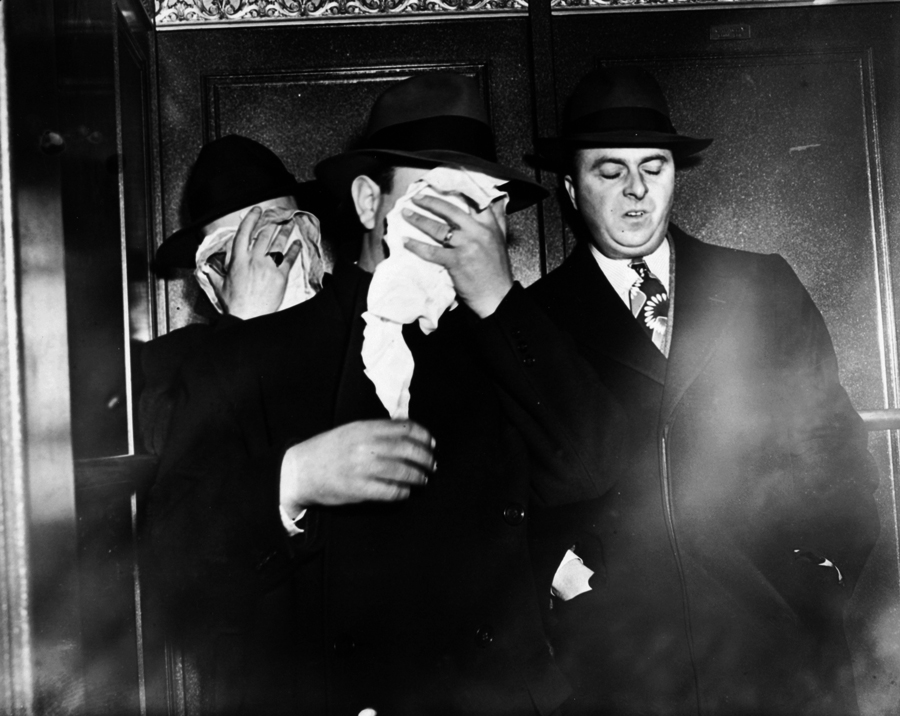 Always in the right place at the right time, Weegee’s lense was perpetually aimed the visceral and sometimes violent city of New York. In 1993 Wilma Fellig, Weegee’s widow, bequeathed his entire archive of orig inal prints to the ICP in New York, and we are delighted offer selected pieces of this unique photog raphers work which includes many images never previously seen in the UK.

Weegee photog raphed New York in the 1930s and 1940s in the same iconic and instantly recognisable way Woody Allen was to f ilm the city in the 1970s. Weegee’s voyeuristic eye sought out the harsh realities of the urban experience, but also the joie de vivre and carefree attitude which typif ied the years between the wars.

Born in 1899 in the Austrian province of Galicia, which is today part of Ukraine, Weegee (real name Usher, then Arthur Fellig) was the second of seven children from Jewish parents. Weegee’s family left Europe in 1910 for the Lower East Side of Manhattan, where Weegee g rew up. He left home at 15 and in 1917 got a job in a photo studio and became assistant to a cameraman. In 1921, he got a part-time position at the New York Times and its legendary agency Wide World Photos, soon afterwards switching to Acme News pictures. Eventually, frustrated with the lack of recognition for his work and not having his name on photog raphs, he became a freelance news photog rapher by late 1935.

Weegee’s images bridge the gap between art, evidence and photojournalism. His nickname was a phonetic rendering of ouija, as in ouija board, due to his sixth sense of being able to arrive at a scene minutes after the occurrence of a crime. In 1938, Fellig was the only New York newspaper reporter

with a permit to have a portable police-band shortwave radio. The boot of his car was a carefully maintained darkroom, to enable him to deliver his freelance images to the newspapers as speedily as possible. He worked predominantly at night listening closely to radio broadcasts, often beating the NYPD to the scene. It also meant he was on hand to document the raucous night life in the Bowery, Harlem

and The Village, and he went on to document the society events and functions of the era.

His photog raphs were taken with the very basic press photog rapher equipment, a Graf lek and blue f lashbulbs which gave his work such g raphic qualities. He had no formal photog raphic training being entirely self taught, and was a relentless selfpromoter.

As an adjunct to Weegee’s work, we will also be showing further images by Sergei Vasiliev, and Stan Healy. Sergei Vasiliev’s g raphic and unf linching photog raphs show the g rim reality of the Russian prison system and some of the characters that inhabit it. The tattoo motifs

which Vasiliev was helping to document for the KGB represent the uncensored lives of the criminal classes, rang ing from violence and pornog raphy to politics. This was an underclass with its own caste and judicial system, and the history of each individual was instantly recognizable to the other.

Edward ‘Stan’ Healy was born in Missoula, Montana and as a local newspaper photojournalist documented crime scenes and local news stories. Healy has been praised for an ability to capture a story in a single image and do so with an eye for composition. However, he also had a taste for the provocative and disturbing, and his images can be shocking- all the more so because of the parochial backdrop of mid 20th century Missoula- a small Midwest city whose boom years at the forefront of the logg ing industry were sadly over.

We strongly advise early viewing of this unique exhibition. Prepare to be shocked, amused and informed! All pictures in the exhibition are orig inpal prints made by Weegee during his lifetime and will be available for sale