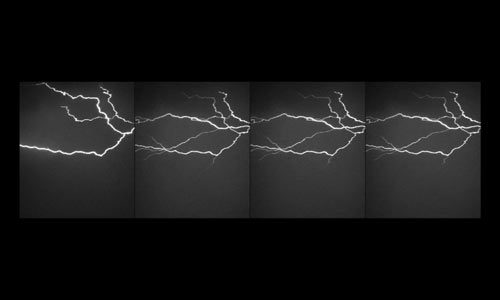 In photographer and filmmaker Sharon Harper's video of a lightning storm, what is unseen to the eye but known deeply in the body is captured on film, fingers of lightning, fearful flashes - natural phenomena that has become a metaphor for inspiration and insight - a "bolt from the blue". This quick gesture of sharp light demonstrates nature's wiles in the human condition. Harper captures and multiplies the hypnotic electrical flash, fanning it out so that her own hand is unmistakably inserted into the action.