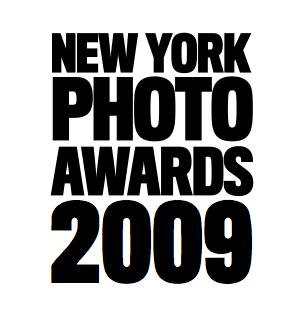 The New York Photo Awards 2009 will once again honor talented photographers from all over the world whose exceptional work breaks new ground visually, intellectually, and aesthetically. The Awards will give these visual artists the opportunity to reach key decision makers in the photographic community and the editorial, fine art, and commercial worlds. Submissions will be accepted March 2 – May 1, 2009. The Award winners will be announced in May during the second edition of the Festival.

The New York Photo Awards Ceremony is scheduled to return to St. Ann's Warehouse on Friday, May 15, 2009, starting at 8pm. The work of the Award Winners and Honorable Mentions will be presented on the big screen before a packed audience of industry luminaries. Fourteen major awards will be publicly presented to the Award Winners, and 28 artists will receive Honorable Mention certificates.


About the New York Photo Festival:

Designed to be an American counterpart and thematic precedent to the prestigious European photo festivals Rencontres d’Arles, PhotoEspana, and Visa Pour l’Image, the New York Photo Festival creates an international atmosphere of inspiring visual installations, professional and aficionado fellowship and camaraderie, and newsworthy staged presentations, awards ceremonies, and symposia over the course of four-and-a-half days during the busiest photography month in New York City.


Submissions: Only works produced or published between January 1, 2008 and April 15, 2009 are eligible for submission. Please visit www.newyorkphotoawards.com for more information on how to submit.