The 14th Istanbul Biennial « SALTWATER: A Theory of Thought Forms » 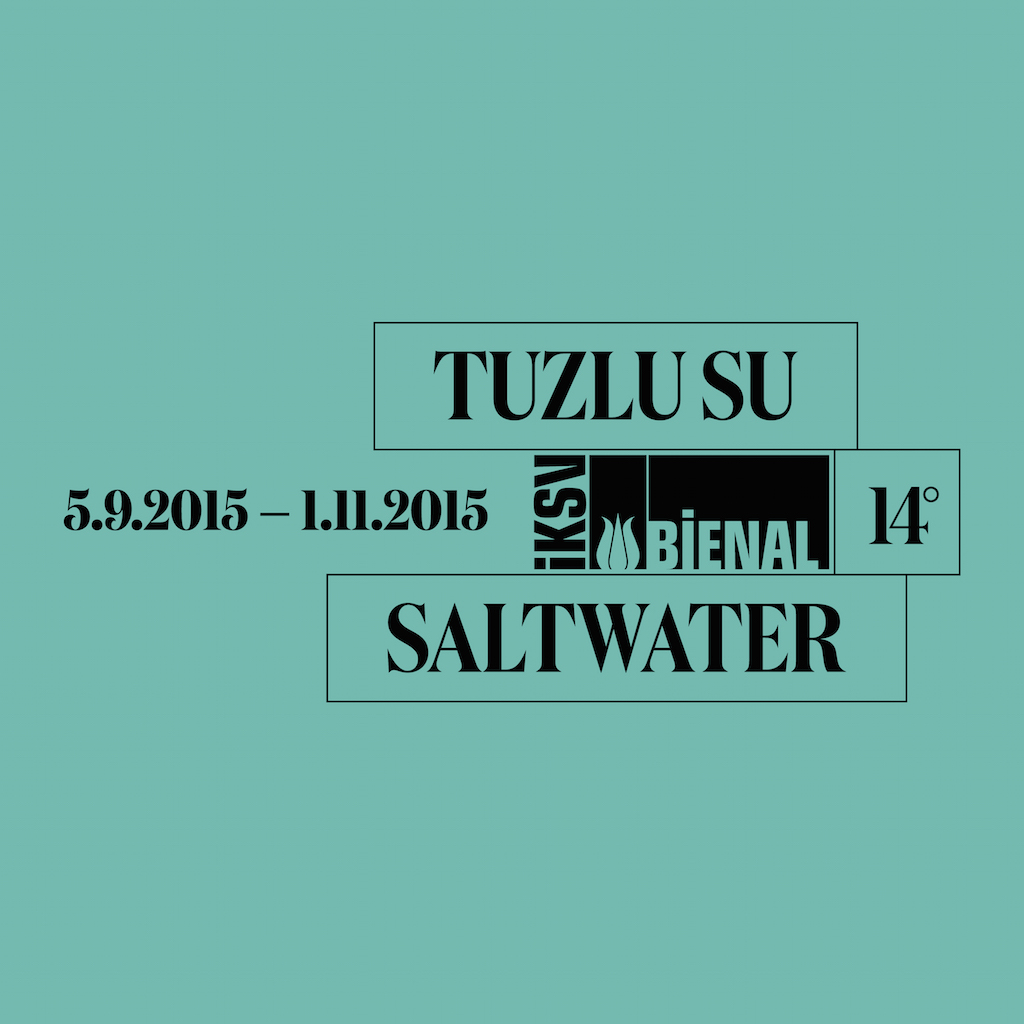 The 14th Istanbul Biennial SALTWATER: A Theory of Thought Forms will open to the public from 5 September to 1 November 2015.
Professional preview: 3 - 4 September 2015.

The 14th Istanbul Biennial takes at least three days to visit fully. Works by over 80 participants from Africa, Asia, Australia, Europe, the Middle East, Latin America and North America, are displayed in over thirty venues on the European and Asian sides of the Bosphorus. SALTWATER takes place in museums as well as temporary spaces of habitation on land and on sea such as boats, hotels, former banks, garages, gardens, schools, shops and private homes. 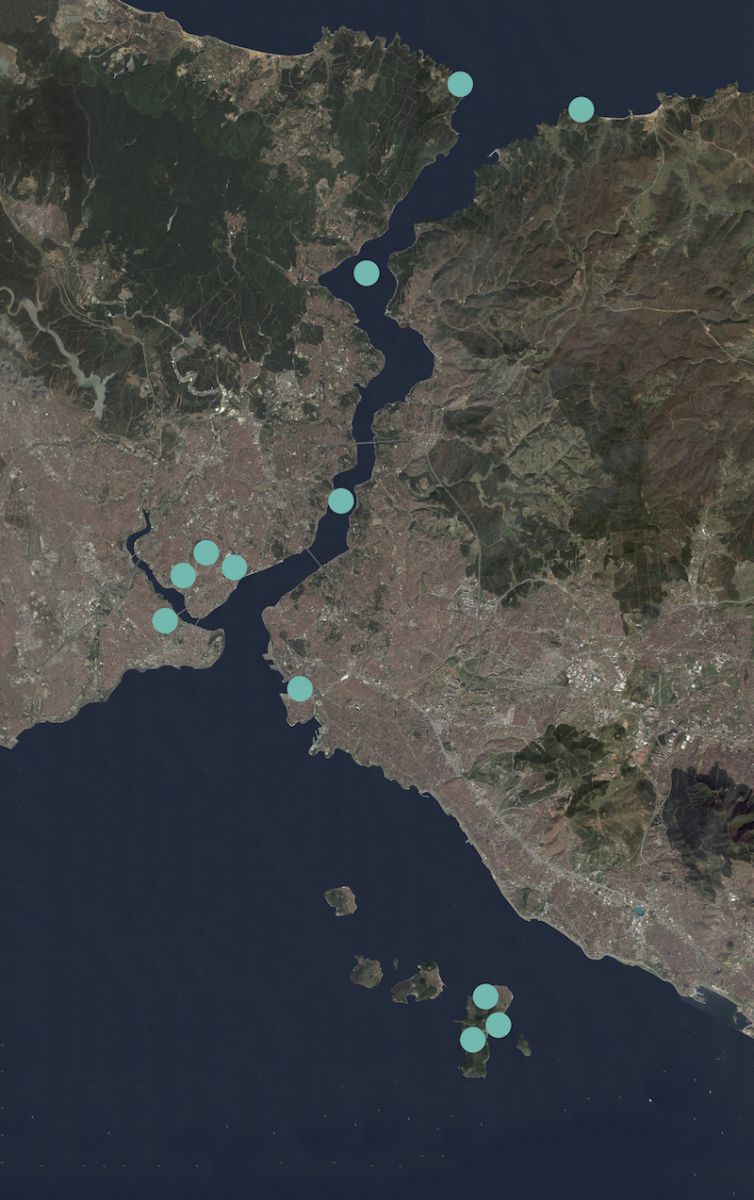 Carolyn Christov-Bakargiev states, “Salt water is one of the most ubiquitous materials in the world. Sodium in our bodies makes our neurological system, and thus our vital systems, work; it literally keeps us alive. At the same time, salt water is the most corrosive material threat to the digital age: if you drop your smart phone in fresh water, you can dry it and it will probably work again. If it falls into salt water, chemical molecular changes in the materials of your phone will break it. When you visit the 14th Istanbul Biennial, you will spend quite a bit of time on salt water. There is a slowing down of the experience of art due to the travel between venues, especially on ferries. That is very healthy: salt water helps to heal respiration problems and many other illnesses, as well as calming the nerves.

This sprawling exhibition spans from Rumelifeneri on the Black Sea, where Jason and the Argonauts passed searching for the Golden Fleece, through the winding and narrow Bosphorus, a seismic fault line which opened as a water channel some 8500 years ago, and down to the Princes’ Islands in the Sea of Marmara towards the Mediterranean, where ancient Byzantine emperors exiled their enemies and where Leon Trotsky lived for four years from 1929 to 1933. It presents over 1500 artworks, some very tiny, including over fifty commissions by artists as well as other visible and invisible manifestations such as materials from the history of oceanography, environmental studies, marine archaeology, Art Nouveau, neuroscience, physics, mathematics and theosophy. Works range historically from an 1870 painting of waves by Santiago Ramón y Cajal, who received a Nobel prize in 1906 for discovering the neuron, to the ground-breaking abstract Thought Forms of Annie Besant and Charles Leadbeater (1901-1905), up to a new installation by Aslı Çavuşoğlu which reflects on an ancient and lost Armenian technique for extracting red dye from an insect, and a new multichannel installation by William Kentridge inspired by Trotsky’s passage through Turkey.” 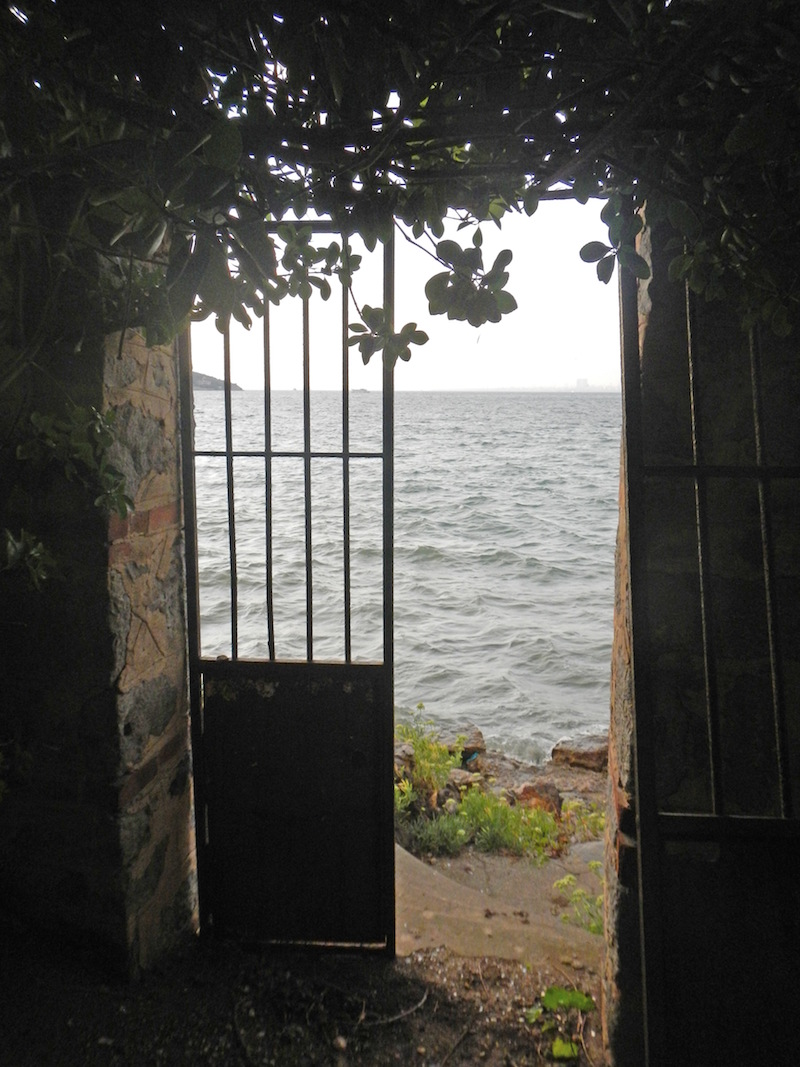 
Novelist Orhan Pamuk is the Honorary Chairman of the International Council of Friends and Patrons of the 14th Istanbul Biennial. The Istanbul Biennial advisory board members include Adriano Pedrosa, Başak Şenova, İnci Eviner, Iwona Blazwick, and Ute Meta Bauer.