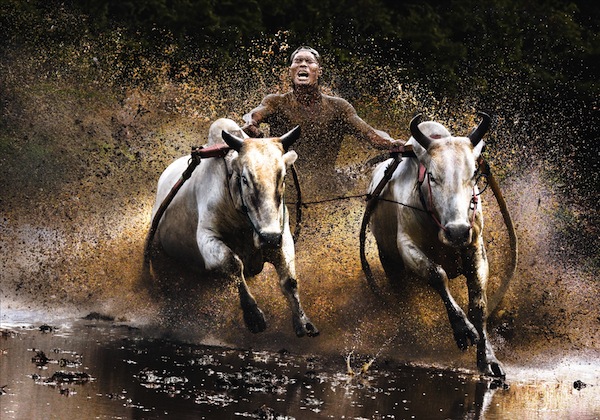 Beating competition from over 51,000 submissions from 148 counties, the winners are:

All the winning images will be exhibited as part of the World Photography Festival at London’s Somerset House from 26 April – 22 May alongside the winners of the Sony World Photography Awards Professional competition.  The photographs will also be published in the Winner’s Book and each winning Open photographer will receive Sony digital SLR camera equipment as part of their prize.

Astrid Merget, Creative Director of the World Photography Organisation commented “The calibre and quality of the Open competition was superb this year and often equaled that of the Professional competition.  It just goes to show that one can present stunning imagery within a single photograph, just as brilliantly as within a full body of work.”

Tatsuya Akashi, Vice President of Digital Imaging at Sony Europe, said: “The rising talent in the Open categories is truly inspiring and we are proud to be able to honour these wonderful photographers with the recognition they deserve and look forward to seeing them continue to grow this passion for years to come."

“This year’s open competition for amateur photographers demonstrates, beyond any doubt, that photographic talent knows no geographical or creative boundaries,” said Joseph Jean Rolland Dubé, Vice President, Content Development, iStockphoto, “It’s a joy to participate in recognizing all of this new talent.”

The overall winner of the Sony World Photography Awards Open Photographer of the Year title will be announced on 27 April at a gala ceremony held at the Odeon Leicester Square in London.  They will receive a $5,000 cash prize as well as Sony digital SLR camera equipment and will be brought to London to collect their award.

Also at the ceremony, the winner of the coveted L’Iris D’Or / Sony World Photography Awards Photographer of the Year will be announced. They will receive $25,000 and professional Sony digital SLR camera equipment. The final presentation of the night will be in honour of the recipient of the Outstanding Contribution to Photography.