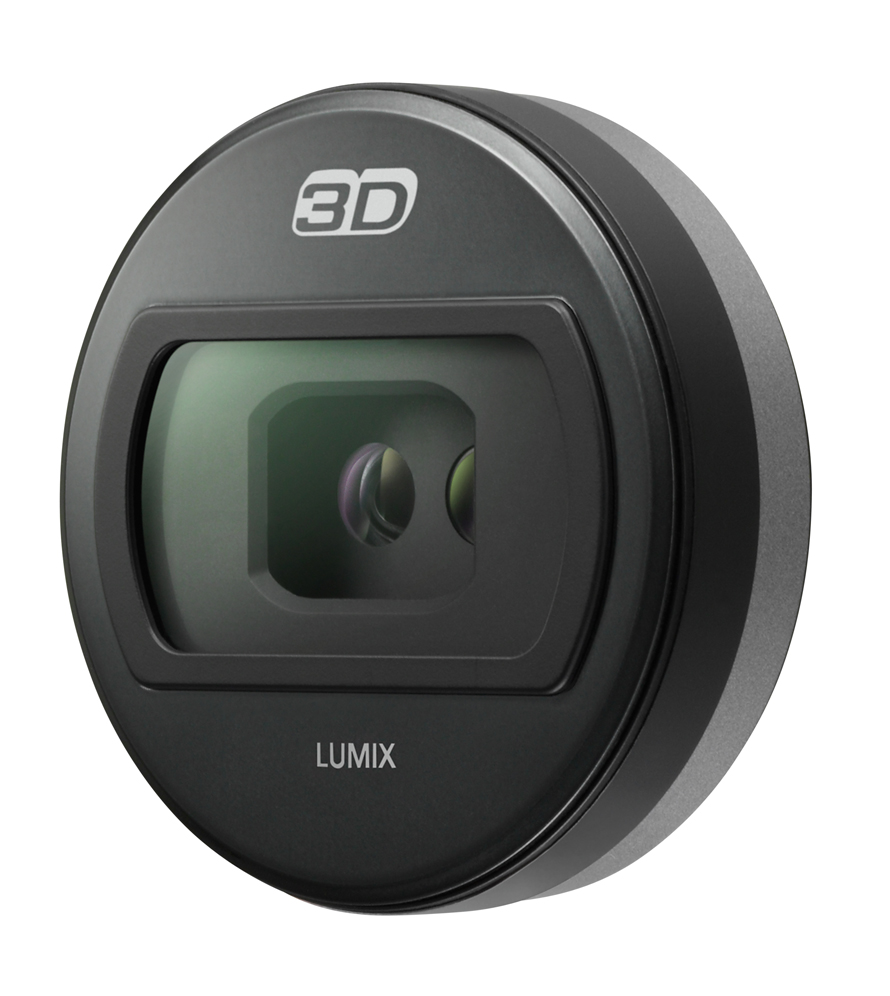 *For a digital interchangeable lens of July 28, 2010 **Compatible models to be announced This year, the First Year of 3D Era," Panasonic has already taken the lead in the industry by launching 3D-capable VIERA televisions and 3D Blu-rayTM Disc Players. However, while 3D content have begun to spread in the fields of movies and sports broadcasting, there are many customers who want to enjoy 3D shooting by themselves. This new lens will respond to such demands. This lens allows users to shoot landscapes, people, and a variety of subjects in high-quality 3D, to be enjoyed later with their 3D VIERA televisions at home.

Until now, 3D shooting with an interchangeable lens system camera has only been possible by using panorama systems or a combination of two lenses and two CCDs, but these systems have drawbacks including the need for a dedicated 3D camera and the difficulties capturing moving objects.

Panasonic's new 3D lens for the LUMIX G Micro System features two optical systems installed within the diameter of the lens mount, creating stereo images from the left and right lenses, to be processed with a 3D image processing system. Thanks to Panasonic's advanced technologies in optical technology, image processing system, and lens barrel design, the 3D lens still manages to retain an extremely compact size.

This new compact 3D-capable interchangeable lens allows easier handling and instant 3D shooting with cameras without a special structure for 3D shooting. It produces 3D images without distortion or time lag between left and right images, even for moving objects. The 3D images, even close-up shots, taken with this lens are easy on the eyes when viewed on 3D VIERA televisions.

Panasonic has led the industry in bringing a true-to-life 3D experience to its customers, and will continue to expand its lineup of 3D products with innovative technologies.