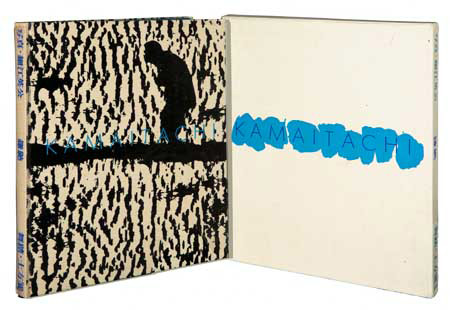 COLLECTION OF SURREALIST WORKS, JAPANESE BOOKS, AND RARE TREASURES BY ROBERT FRANK AND PAUL STRAND AMONG HIGHLIGHTS OF SWANN GALLERIES' MAY 15 AUCTION OF PHOTOGRAPHIC LITERATURE & PHOTOGRAPHS

The Photographic Literature section is extraordinary and features items from the Library of David Raymond, whose Surrealist photographs were recently acquired by the Cleveland Museum of Art. Among the books from this collection are Hans Bellmer's Les Jeux de la Poupée, with 15 hand-colored silver prints and two small hand-colored cut-outs illustrating the artist's well-known eroticized doll, one of 142 numbered and signed copies, Paris, 1949 (estimate: $75,000 to $100,000); Claude Cahun's Aveux non Avenus, with 10 reproductions of photo-collages by Cahun and Marcel Moore, one of 500 numbered copies, Paris, 1930 ($6,000 to $7,000); and George Hugnet's La Septième Face du Dé, Poèmes-Découpages, with reproductions of 20 photo-collages, several in color, inscribed twice by Hugnet, and accompanied by two prospectuses announcing the sale of the book, Paris, 1936 ($10,000 to $15,000).

Among the rarest and most coveted examples of photographic literature are issues of Alfred Stieglitz's influential publication Camera Work. This auction offers two issues of the magazine that showcase the work of Paul Strand: Number 48, with six of Strand's Modernist images of New York, 1916 ($12,000 to $18,000); and Number 49/50, the rare final issue, with 11 photogravures by Strand, in a boards box that displays Strand's and Stieglitz's handwritten notations, New York, 1917 ($15,000 to $25,000). These publications were once in the collection of Milton Brown, an art historian and friend of Strand's.


In 1952, Swann conducted the first auction devoted to photographic literature in the United States. In the past 50 years interest in out-of-print photo books has grown tremendously, and Swann remains at the forefront of the market, having set world auction records for out-of-print titles by Berenice Abbott, William Bradford, Robert Frank, Paul Graham, Eikoh Hosoe, Ed Ruscha, and many others. We conduct two auctions per year devoted to Photographic Literature & Photographs, which include books with photographs, monographs, surveys, exhibition catalogues, periodicals, histories and technical volumes.

An illustrated catalogue, with information on bidding by mail or fax, is available for $35 from Swann Galleries, Inc., 104 East 25th Street, New York, NY 10010, or online at www.swanngalleries.com.