Heinrich Zille Children of the street 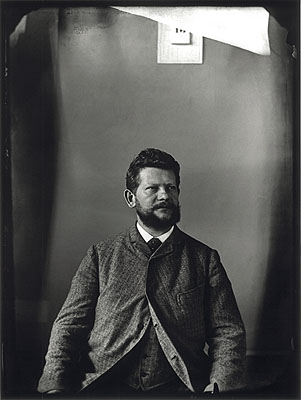 To mark the 150th anniversary of the birth of Berlin illustrator, draughtsman and photographer Heinrich Zille (born 1858, Radeburg; died 1929, Berlin) the Academy of Arts and the Stadtmuseum Berlin Foundation will be mounting a joint exhibition entitled "Children of the Street". The name of the exhibition is a direct reference to Zille's first published book, which appeared in 1908, and is not to be taken literally but rather as a metaphor for all uprooted and displaced persons in the Berlin of 1900, a city with an exploding population and huge social upheaval. Zille began his art career late in life. He arrived in Berlin as a 9-year-old and trained as a lithographer, a trade which he pursued until 1907. Not until the 1890s did he begin to take an active, artistic interest in social issues, drawing on his own childhood and teenage experiences. Zille, the highly specialised printer, worked mainly for the print media of the time. This exhibition is the first to place Zille's drawings and illustrations within the context of his photographs. The Pariser Platz rooms will focus on the photographs - largely prints by artist Thomas Struth - and pre-1914 drawings. A selection of later works will be on display in the Ephraim Palais. An exhibition organised jointly by the Academy of Arts and the Stadtmuseum Berlin Foundation. Supported by the Deutsche Klassenlotterie Berlin Foundation. Media partners: rbb Fernsehen and Berliner Morgenpost.