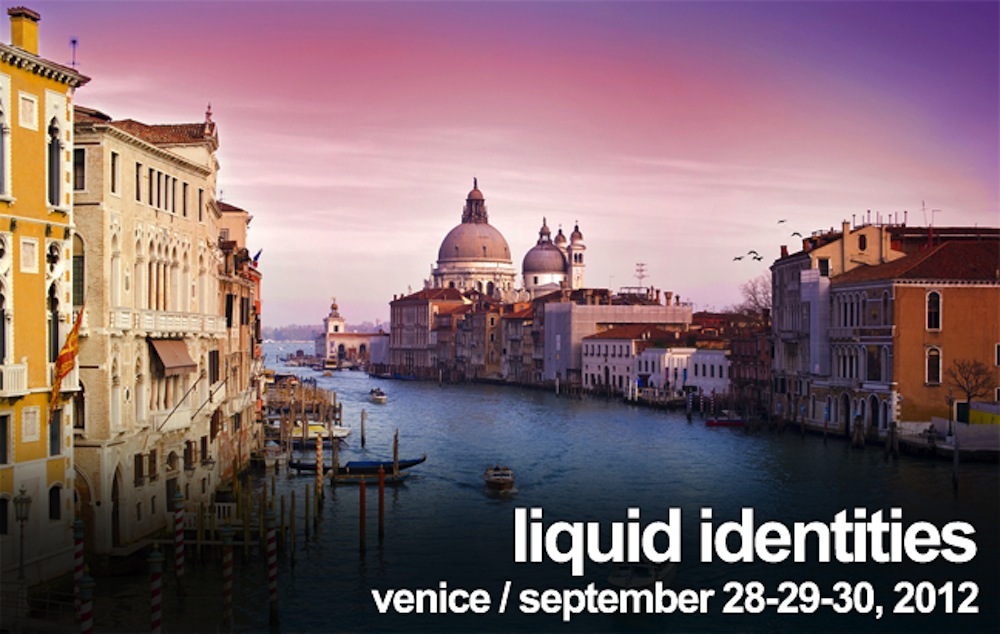 Liquid Identities, an international video-art festival and photography exhibition, will be held in the city of Venice. The Scoletta di San Giovanni Battista e del SS. Sacramento in Bragora, the venue of the event, will open its doors on Friday 28th, until Sunday 30th of September. Fifty-seven artists, thirty-two video artists and twenty-five photo artists from different countries have been selected to be part of this project.
The selection has been based on the main concept of “Liquid Identities” based on fluidity, motion, changing networks and cities transformations. In contemporary society boundaries are getting more and more fleeting, and also the identity; what makes every person or place a recognizable entity, turns out fluid, multiple, making the cultural, religious, ethnic borders changeable too. This change, this mutation has allowed to cross the inside of the identities creating new possible crossings, new blends. And it’s just this “contemporaneity” that makes our civilization conceived as subjected to a process of continuous evolution and cultural hybridization. There is no more limit between an identity and the other one but it is possible to walk, to cross a passage and to find oneself halfway through it, in a non-place, in a non-identity. This project is about temporary roles in changing rules, thinking about liquid borders in new evolving worlds.