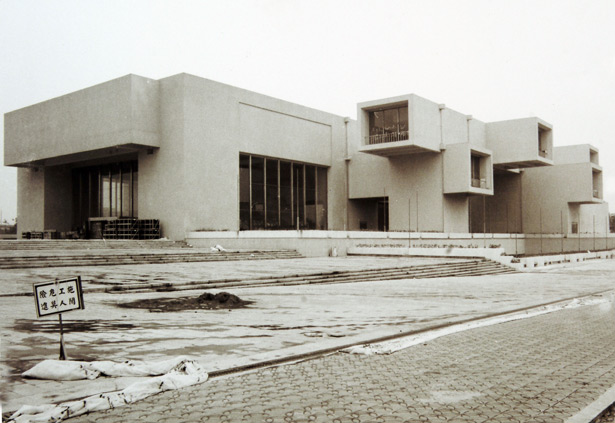 What is it that sets an art biennial apart from other official events. To some, a biennial is a matter of a simple working equation. "e-flux announcement + (budget x floorspace ÷ number of artists)". To many others, the distinctive feature lies in the investigatory options, in the possibility of creating a situation that is more ambivalent and tentative than others. With the latter premise in mind, the Taipei Biennial 2010 will be restructuring the traditional format along the following lines.

• At TB 2010, artists will be involved in a wider process. They'll contribute through new work, but also in capacities beyond the strictly artistic - including the co-curatorial. Even the below points may be redefined over coming months.
• TB 2010 will partially build on ideas and projects from previous Taipei Biennials. Artists are invited to critically revisit older contributions. A discussion not only lateral in context but also vertical in exhibition history.
• The exhibition will amount to a variable arrangement including commissioned work, work-in-progress and discursive infrastructure.
• An ambitious events program will offer a more composite timeline. Possibilities for sustainable ideas beyond closing day are also being developed, so that the show might have an afterlife.
• In order to engage with infrastructure and art production within the city, independent spaces in Taipei have been invited to articulate various levels of collaboration.
• Harking back to experiments in the early zeros, critical companions are invited to offer consistent feedback as "Sputniks", also amounting to interventions during the event.

An exhibition theme is missing here, save for the question of the conditions of production that biennials reflect and consolidate. If there are aesthetic and political matters that set biennials apart, is there a way to use the format more precisely, more effectively, for everyone involved? After all, the aspirations of a typical biennial are usually more easily achieved through other devices. Even when it comes to urban promotion, professional advancement or activist demands, the track record is quite disappointing. This leads to a situation where not even the instrumentalization is a happy one. Never mind the art.

Tirdad Zolghadr
Zolghadr is an independent writer and curator based in Berlin. He writes for frieze magazine and other publications, and teaches at the Center for Curatorial Studies, Bard College NY. Zolghadr recently organized the UAE pavilion at the Venice Biennale 09, and the long-term exhibition project Lapdogs of the Bourgeoisie with Nav Haq. He's curatorial advisor to the Artist Pension Trust and the Guggenheim Abu Dhabi, and editor-at-large for Cabinet magazine. Zolghadr's first novel Softcore was published by Telegram Books 2007.

Hongjohn Lin
Hongjohn Lin is an artist, writer and curator. He has widely participated in international exhibitions including the Manchester Asian Triennial 2008, the Rotterdam Film Festival 2008, and the 2004 Taipei Biennale. Lin was curator of the Taiwan pavilion Atopia, Venice Biennial 2007. His publications include Blurring Boundaries: Interdisciplinary Art in Taiwan and Writing on Locality: Synthome of Post-Contemporary Arts. In 2004, he founded the artist collective Channel A. Hongjohn Lin now teaches at the Taipei National University of the Arts.