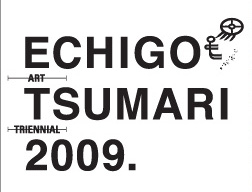 The Echigo-Tsumari Art Triennial is the world's largest international art festival, held every three years in the Echigo-Tsumari region, encompassing Tokamachi City and Tsunan Town in Niigata Prefecture. The Triennial has been held three times so far, in 2000, 2003, and 2006, as a place to exhibit the results of a long-term project called "Echigo-Tsumari Art Necklace Project," whose goal was to draw out the value that can be found in the region, raise that value, show it to the world, and by doing so contribute to regional revitalization through the medium of art. Preparations have already begun for the fourth Triennial, to be held in 2009.